With a Finnish spin, Casinohuone

Casinohuone, which began in 2006, is an online gaming site that is mostly aimed at the Finnish casino market. That should already inform you that the site will be in Finnish. But that will not stop Finish players, as they can have access to play on their desktop, mobile devises or take part in live games. That is since the casino is available on iOS and Android, but it also functions on HTML 5 web browsers.

The site is powered by Net Entertainment. That in itself should indicate that the site would offer quality and reliability to the players. However, Casinohuone also offers Microgaming slots, like Girls with Guns, Agent Jane Blonde, and Thunderstruck, to complement the Net Entertainment games, like Lost Island, Stardust, and Creature from the Black Lagoon.  The game selection at this site includes video poker, progressive jackpots, and classic table games. Since the casino is powered by one of the best live game providers, Net Entertainment, this casino also provides a live casino platform.

Punters can play blackjack or French version of roulette, but this site offers no baccarat or poker games for punters.
In terms of banking, the site accepts debit and credit card payments, as well as e-wallet payments like Neteller, Skrill, paysafecard, WebMoney, Enterpay, PugglePay, and Siru. All payments are done in Euro. The casino does have a maximum withdrawal limit of €20000 per 24 hour period. But there is no minimum withdrawal limit listed.

Punter’s details are protected with SSL encryption technology. Furthermore, since the site has its licence in Malta, with the Malta Gaming Authority therefore, punters know that the company is heavily regulated for fairness and accountability. Furthermore, since it was brought out by the Kindred Group in the late 2015’s, punters can also accept a certain level that Kindred Group is known for.

Still, the company offers customer support to its players. The support is available email and live chat. Plus, it’s in English, Swedish, and Finnish. But the site has no telephonic support and the times when the support is available is restricted. That means that when a player needs support when playing they might be left in the dark till the next day. That said, the site does offer a VIP manager support to high rollers.  Besides regular bonuses which includes freespins, the casino does offer a welcome package to new players. However, these welcome packages are for players from Finland only. Other country players aren’t eligible to take part of the casino’s welcome bonus offer. 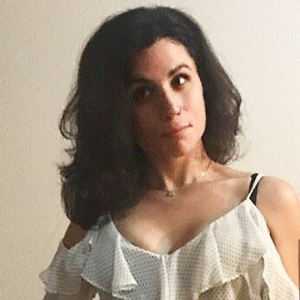 Virginia is a business consultant who specializes in the digital economy.