Based in Needham, Massachusetts, this software company is one of the earliest entrants in the MTA space. The company itself was founded in 2006. Currently it has 280 employees. Still, Visual IQ has a product called IQ Intelligence Suite that provides a MTA, but also a combined Marketing Mix Modelling (MMM) and Multitouch Attribution (MTA) media optimization platform.

This software itself is a comprehensive enterprise level solution but also a service solution. In fact if you look at the revenue spilt, Visual IQ generates 75% income from its software, and 25% from its service sector. In addition, this company is known as a high end choice for companies in the financial services, retail, and technology sectors, like American Express, Dell, and Petco that have multi million dollar media budgets, and massive investment in digital marketing spending.

A highlight of the IQ Intelligence Suite is that comprises an MTA solution. This solution supports cross channel and cross device user level attribution. The solution also includes a planning tool of ‘what if’ scenario. This tool allows markets to enter constraints and develop optimized media plans. In addition, this suite has an audience based planning tool.

In terms of methodology this company makes use of a custom build multi-touch algorithmic model which refers to as multidimensional modelling for bottom up MTA. But also allows for time-series-based nonlinear regression for MMM. These models are connected with the use of common data elements. These elements are for example channel, campaign and market. The results that are generated are on the common element level.

Visual IQ does declare that the approach it uses maintains the integrity of the most detailed and user level insights. The problem is that these models are difficult to grasp, still the company provides transparent reports for attribute prominence and weighting. But this is where Visual IQ’s service division comes in, as they are able to elucidate the company’s multifarious methodology to its clients.

Visual IQ, has since 2006, been creating media-agnostic approach to marketing attribution. The company also rebuilds the client models daily, thereby permitting marketers to make optimizations at the same time. This is Visual IQ’s edge above the competition. More so, Visual IQ provides its edge, with the use of its trademarked technology. For example, Visual IQ’s IQ Intelligence Suite consists of IQ Envoy, IQ Deploy, IQ Sage and Audience IQ.

The solution provided by Visual IQ should be considered if you are a larger enterprise marketer with significant digital and offline spending, particularly in TV, and require a comprehensive suite of tools for measurement and optimization. Alternatively if you have an analytics imperative driven by competitive pressures and can see your way toward a positive ROI for a six-figure optimization investment. 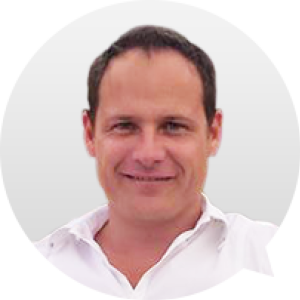